Census Report Shows More Women Farmers Than Ever Before 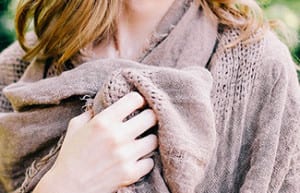 Kristan Fretwell didn’t grow up on a farm.

But as she got older, she wanted more control over the food that she gave her children, a wish that led her to join the growing number of women farmers.

Women run 14 percent of all the farms in the country, a number that is growing for every size operation.

Fretwell doesn’t run Hunter Cattle Company all by herself. She and her brother Anthony Ferguson run the day-to-day operations with their parents.

“It wasn’t until I got married that I started to think about farming,” said Fretwell. “We had started seeing over-abuse of antibiotics in animals raised for meat, and the more we read about that and the runoff that comes from poorly managed farm, the more we wanted something different for our families.

“Basically, for health reasons we decided to get some land and raise our families on it.”

The Ferguson family worked together on business projects before buying a farm in Southeast Georgia in 2003.

And they didn’t immediately try to turn a profit from the farm.

But as the recession dragged on, they realized about five years ago that the 350-acre ranch had to support itself and provide food and income for the family, Kristan said.

Hunter Cattle Farm quickly expanded to include pigs and poultry raised in the same traditional way that the cattle are. The farm follows the guidelines of the American Grassfed Association and the organization Animal Welfare Approved. None of the animals receive growth hormones, antibiotics or processed grains.

The family also found another source of income hosting overnight guests in the barn loft and giving visitors the option to work and play on the farm as a getaway trip.

Fretwell’s story mirrors some of the trends found in the USDA study.

Nearly half of farms operated by women specialize in grazing livestock. In 2007, 45 percent of women-operated farms specialized in raising beef cattle other than in feedlots (23 percent), horses and other equines (17 percent), or sheep and goats (6 percent).

While the vast majority of farms run by women are small (only about 5 percent or 15,400 farms had sales of $100,000 or more in 2007), women have acquired farms in every size classification over the past 25 years.

As agriculture has become more complex, farmers have a wider set of skills.

“I am delighted to now that women are seeing that they can hire it done, they can use technology or they can think of a new way to do it,” she said.

While the census numbers show more women owning and managing farms, Brown also thinks of the behind-the-scenes role that women continue to play on farms across America.

“There are a multitude of women who take care of family and tasks on the farm, then go off to another job, too,” she said. “We should also recognize them.”

While Kristan Fretwell is a farmer, she is also a mother and a teacher. Her sons – Forrest, Bear, Canyon and Trail – are homeschooled.

Return to All Press

Hunter Cattle has been featured in numerous publications around the Low Country. View all of our articles from our press page.
All Articles